From the hollowness of fame, to the cleverness of sheep, this week’s interviews cover a lot of territory. 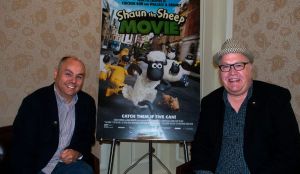 Mark Burton and Richard Starzak dropped into San Francisco to introduce us to Shaun the Sheep and his first feature-length film of the same name. As droll, deadpan and quick-witted as their ovine hero, Burton and Starzak regaled me with tales of contentious animators, the power of puns, and being audacious enough to make a silent film in the 21st century. You can listen to the interview here. You can read the full review of the SHAUN THE SHEEP MOVIE here. 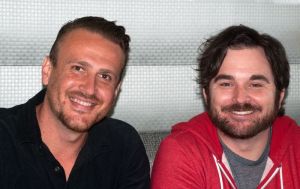 Jason Segel and James Ponsoldt filled me in on the finer points of recreating the actual events of THE END OF THE TOUR, and humored me with my question about Shakespeare, as in has Segel ever thought of attempting it. We also covered what it was like to be entrusted with the cassette recordings that David Lipsky made of his time with Infinite Jest author David Foster Wallace during that intense few days they spent together as the former was gathering information for his Rolling Stone article about the latter. I didn’t mention it the interview because I hate to seem like I’m pandering, but this performance by Segel as Wallace is a game-changer for the actor, with Oscar(tm)-buzz already flying.  And rightly so. As a troubled genius of a writer, Segel favors demonstrating the author’s ordinariness, as well as his emotional issues that eventually led to his suicide.  You can listen to the interview here.  Before we got down to the film at hand, though, Ponsoldt revealed what he would be enjoying on his drive back to Los Angeles, and Segel revealed one of his off-screen pursuits while we were doing a sound check. You can listen to that by clicking on the player below.

Prepare to be scared straight about the effects of too much sugar in your diet, and the sneaky places that sugar lurks in 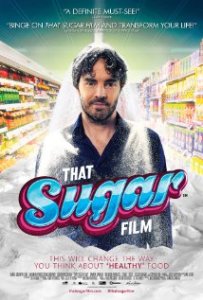 even what we perceive as healthy foods, things like vitamin water and low-fat yogurt. Actor-activist Damon Gameau told me about his epiphany about sugar, why he wanted to make his documentary, THAT SUGAR FILM. Full of facts, figures, and Gameau dancing and singing in a sparkly pink tuxedo to the film’s catchy theme song, it is that rare documentary that educates, entertains, and can change your life.  My conversation with Gameau is here. 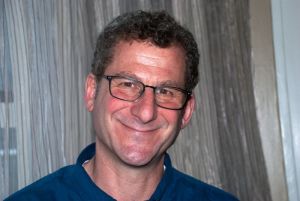 Prepare to be dazzled by what intelligent debate should be, and, once upon a time, actually was on American television. Robert Gordon and Morgan Neville’s THE BEST OF ENEMIES is a scintillatingly intelligent look at the legendary 1968 debates between right-wing icon WIlliam F. Buckley, and his philosophical and personal nemesis, the cultural gadfly and progressive champion Gore Vidal. My conversation with Gordon, covering the temper of those turbulent times, and how such an intellectual exercise eventually led to our modern media shouting matches, can be heard here. 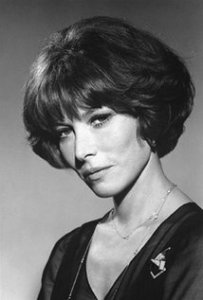 Lee Grant stood up to the Blacklist, directed plays written by Vaclav Havel, and won an Oscar(tm) for SHAMPOO, She also famously showed NBC just what she thought of it cancelling her critical and commercial success of a sitcom, Fay. It was a moment that I remember well, and I’m not exaggerating when I say it changed my life. My conversation with her about that, directing Melvyn Douglas, and the roots of her chutzpah is here. Here memoir is I Said Yes to Everything, and you should say yes to reading it.

This entry was posted on August 8, 2015 by Andrea Chase in actor, animation, based on a true story, director, filmmaker, interview and tagged Aardman Animation, Gore Vidal, I SAID YES TO EVERYTHING, Lee Grant, Mark Burton, Richard Starzak, Robert Gordon, SHAUN THE SHEEP MOVIE, THAT SUGAR FILM, THE BEST OF ENEMIES, William F. Buckley.