SCOTUS has affirmed that we should all have the right to marry the person we love, and after dancing in the streets over the United States entering a more enlightened era, let’s take a listen to someone who helped make it possible. Rob Reiner worked quietly behind the scenes to repeal California’s infamous Prop 8, a state-wide referendum triggered by, among other issues, San Francisco Mayor Gavin Newsom’s order to his City Hall to issue marriage licenses to same-sex couples. 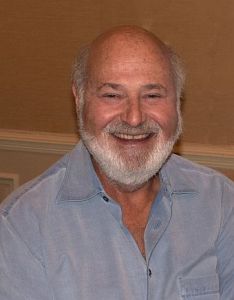 When I spoke with Reiner on June 20, 2014, his doc, THE CASE AGAINST 8 had just screened at the Frameline Festival to a thunderous ovation at the storied Castro Theatre.

Click on the link below to listen to the interview.

THE CASE AGAINST 8 — Rob Reiner Interview.