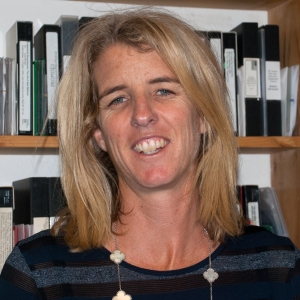 I speak as someone who can remember the fall of Saigon, and the iconic images that graces magazine covers in the days and weeks that followed. Yet, when I saw Rory Kennedy’s LAST DAYS IN VIETNAM, I realized just how much we still don’t know about the events surrounding that crushing blow to American pride. When I met the filmmaker  on December 8, 2014, that was the first thing I said to her, before starting the more formal part of the interview, and then to thank her for telling so many stories that otherwise might have been forgotten forever,

I started, though, with her choice about the juxtaposition of two images at the very start of the film: a Vietnamese officer and his eight children being airlifted to safety as Saigon fell, and President Nixon talking about peace with honor. For me, that sums up the struggle that the film portrays, and serves as an object lesson, not to mention cautionary tale, for American involvement today in Iraq and Afghanistan.

Kennedy spoke with clarity and conviction about filmmaking as a way to serve the public interest,  and with a warmth that comes through in her film in the way she makes this history come alive.

LAST DAYS IN VIETNAM is about political hubris, personal integrity, and the repercussions of both on the Vietnamese allies during the American evacuation of Vietnam in 1975. Kennedy’s film tells us the stories he didn’t hear, or didn’t hear enough of, about the people on the ground in Vietnam as the war was being lost, and the decisions made in Washington that were operating under a playbook that was hopelessly out of date. Those stories are told by the people who were there in both modern interviews, and archival footage, painting a picture of heroism and chaos as America faced the unthinkable, losing a war and deserting the allies who had supported them in country. Kennedy directed from a script by Mark Bailey & Keven McAlester. Her previous work includes THANK YOU MR PRESIDENT: HELEN THOMAS AT THE WHITE HOUSE; PANDEMIC: FACING AIDS and  GHOSTS OF ABU GHRAIB, for which she won a primetime Emmy award for best nonfiction film of 2007.

Click on the link to listen to the interview (20:21) THE LAST DAYS IN VIETNAM — Rory Kennedy Interview.

This entry was posted on January 21, 2015 by Andrea Chase in Academy Award Nominee, based on a true story, director, documenatry, film, interview, movie.