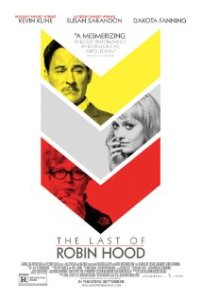 Based on actual events,THE LAST OF ROBIN HOOD is a story of love, ambition, and the seduction of fame. Kevin Kline lights up the screen as Errol Flynn, who, though at the low ebb of his storied career, still maintains the panache that made him a star on the silver screen and a larger-than-life Hollywood legend. It’s at this point in his life that Flynn meets Beverly Aadland, a sophisticated-looking adolescent barely into her teens when Flynn makes a conquest of her. Rather than tossing her aside after he has had his way with her, he becomes fascinated with her combination of innocence and self-assurance, leading to a passionate affair abetted by Beverly’s fame-obsessed mother, Florence. Touching, challenging, and incisive, THE LAST OF ROBIN HOOD is a fascinating insider’s glimpse of the effect of the Dream Factory on those who long to breach its walls, those who have been expelled from it, and those who choose to walk away. It co-stars Dakota Fanning fragile and tough as Beverly, and Susan Sarandon as Florence in a bravura performance that finds the humanity in the monster of a stage-mother.

If ever there was an actor born to play the swashbuckling Flynn, it’s Kevin Kline. He has the same panache the same devil-may-care joie de vivre. So, naturally, when spoke by phone with Richard Glazter and Wash Westmoreland, the co-writers and co-directors of THE LAST OF ROBIN HOOD on August 5, 2014, how Kline prepared for the role was on my list of questions. 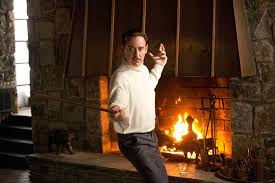 It was not the only thing I was curous about, though. What is most impressive about this film is how it is both direct and honest about the character’s failings, but also compassionate about what inner demons are driving them. They are flawed, rather than villians, No mean feat when the girl in question is 15 when she first sleeps with Flynn, and her stage-mother doesn’t call the cops when she finds out about it. 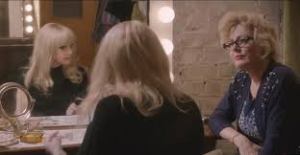 Rich in period detail, and boasting performances as vivid as the characters themselves, THE LAST OF ROBIN HOOD also benefits from Glatzer and Westmoreland being among the only people outside Aadland’s circle to hear her side of the story shortly before her death in 2010. That was where I wanted to start. What was it about them that made Aadland want to trust her story to them after so many years of relative silence.

Glatzer, who lives with a neurological disorder, spoke via a computer.

Click to listen to the interview (12:09) THE LAST OF ROBIN HOOD — Richard Glazter and Wash Westmoreland Interview.

This entry was posted on September 7, 2014 by Andrea Chase in Uncategorized and tagged Richard Glatzer.